A small patch of land

In 2005 we bought a 65 are (100 square metre) parcel of Merlot in the Fontcaude area, in Lagamas. Not a very large parcel, but enough to satisfy the passion I have for this particular variety.

The vines (featured in the banking/debanking vidéo) were planted in 1995 on a clay-heavy soil which particularly suits Merlot.

We prune very close and keep a close eye on things, which allows us to keep yields down to less than 20 hl/ha. The grapes are destemmed but not crushed. They spend four weeks in tank with daily pumping over, which gives an extremely concentrated wine that needs maturing in barrel (only Taransaud barrels are used) for 2 – 4 years, to temper it.

Blending in time and space

Despite what you might read, CARPE DIVEM is not 100% Merlot. Around 20% is made up of Grenache and Syrah, two varieties which help reinforce the Mediterranean origins of this wine. However, this wine's real point of difference is that it is a blend of three consecutive vintages.

The blend number is written in letters on the label, to identify the different blends of each vintage. So the first wine is called “UN” and is a blend of 2005, 2006 and 2007.

CARPE DIVEM 'DEUX' was a blend of 2008, 2009 and 2010 but unfortunately it doesn't exist anymore. I found it to be a touch oxidative, and so I decided to distill it, and with the resulting alcohol I made CocoPiche.

The blending of different vintages is very common in Champagne but very rare for red wines. The most famous example is Vega Sicilia's Reserva Especial, one of the greatest Spanish wines of all time.

Blending vintages: getting a little closer to the soil

Given the fact that we don't add anything to our vines, the contribution of the soil to the final product means that our wine does not tend to vary much from one year to another. However, the weather makes a great difference to our vintages.

Because of this, blending different vintages is a way of reducing the effect of the weather, by evening it out; poetically speaking, one might say we were smoothing away the wrinkles of time. Some might say that by blending, we have lost something, and in a way this is true. We effectively erase the mark left by a particular year, in other words, the vintage effect. 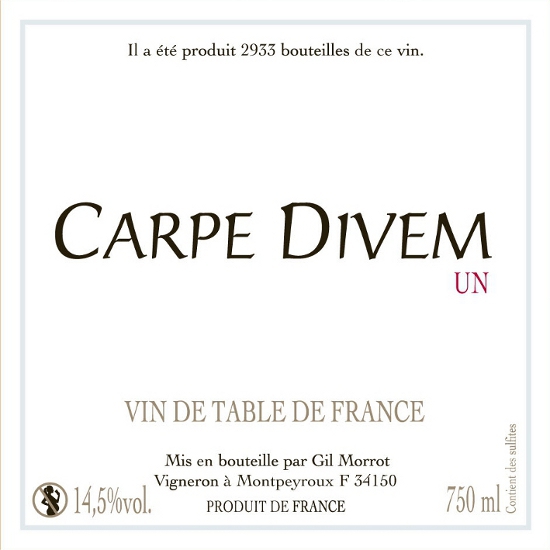 For those who are interested by technical spec sheets